Is the Nagorno-Karabakh conflict a Christian-Muslim clash, or simply politics? 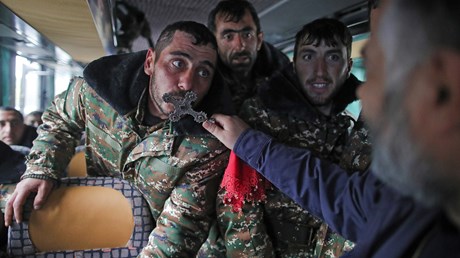 Fierce fighting has broken out in the Caucasus mountains between the Caspian and Black seas, pitting Christian Armenians versus Muslim Azeris.

But is it right to employ their religious labels?

“Early Sunday morning [Sept. 27], I received a phone call from our representative in the capital city,” said Harout Nercessian, the Armenia representative for the Armenian Missionary Association of America (AMAA).

“He said they are bombing Stepanakert. It is a war.”

One week later, the fighting continues. At stake is control over the Armenian-majority enclave of Nagorno-Karabakh, home to 170,000 people in a Delaware-sized mountainous region within Azerbaijan.

More than 200 people have reportedly died, though Azerbaijan has not released its number of casualties.

Administered by ethnic Armenians ever since a ceasefire was declared in 1994, locals call the region the Republic of Artsakh. Military skirmishes have not been unusual. There have been more than 300 incidents since 2015, according to the International Crisis Group.

This escalation is the most serious since 2016, with Azerbaijani forces attacking multiple positions along the 120-mile “line of contact.”

But the shelling of civilian cities represents a worrisome development.

As does the role of Turkey—and the Syrian militants it allegedly recruited—which has pledged full support for Azerbaijan.

Russia, France, and the United States—partners in the “Minsk Group” which has overseen negotiations between the two nations since 1992—have called for an immediate ceasefire.

But Turkey has encouraged Azerbaijan President Ilham Aliyev’s refusal, conditioning a ceasefire on total withdrawal of all …